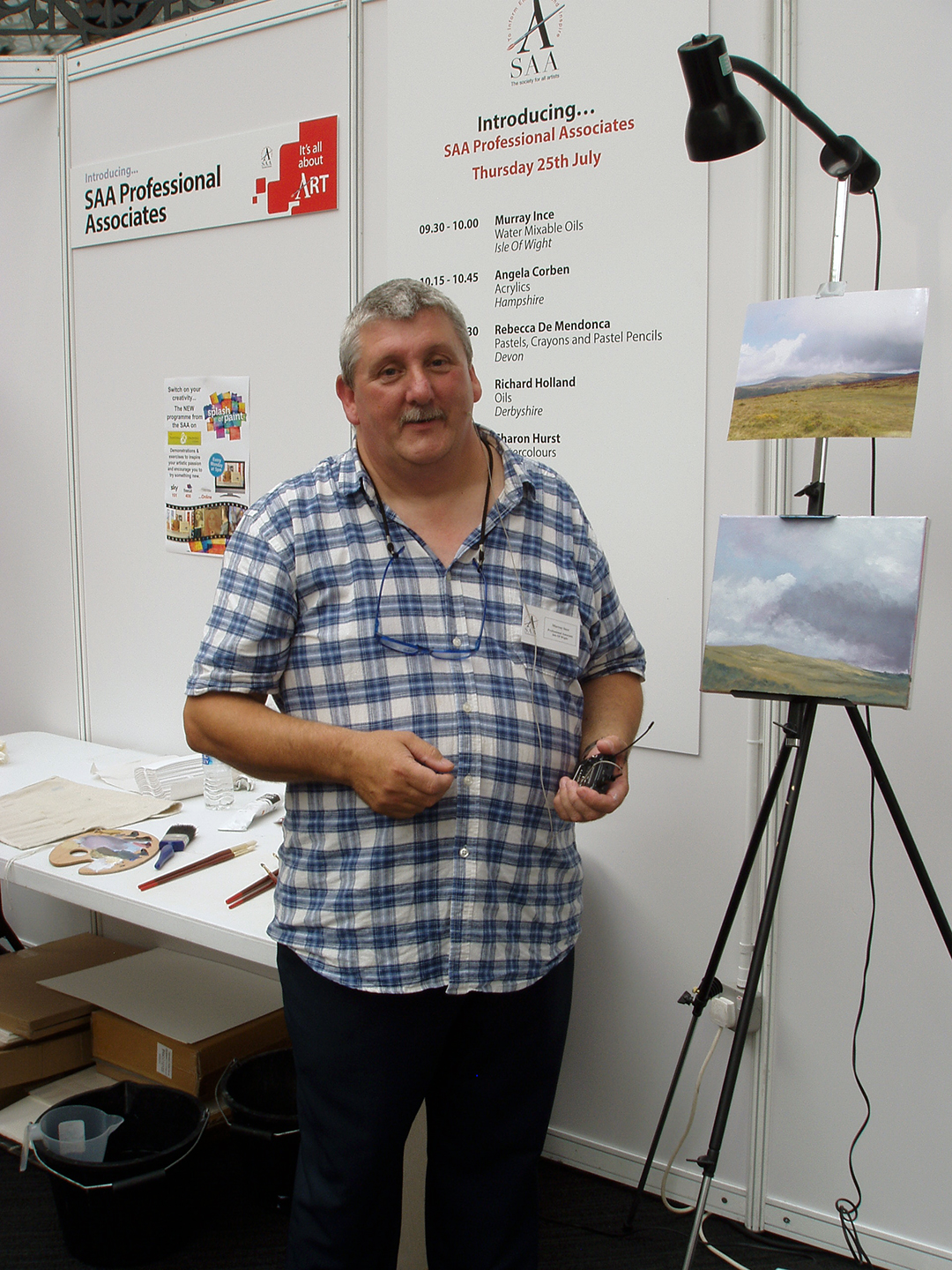 Murray William Cole Ince was born in Newport, on the Isle of Wight in 1957. The son of a Shipwright, he began to develop an interest in art at an early age and went on to gain numerous qualifications in various artistic mediums and teaching.

At the age of 10 Murray’s father began teaching him the skills of working with tools and woodwork, which ultimately proved to be the starting point of a life-long journey focused upon woodworking, art and all forms of craft. Murray used the knowledge gained from his apprenticeship with his father to become a furniture designer and maker. This has seen him work on a massively diverse range of creative jobs including being employed as a set builder at the Theatre Royal in Windsor.

Having always drawn, the painting side has been a gradually acquired skill, learnt from in depth study of masters old and new. Recently and quite by chance Murray discovered that his four times Great Uncle was one Joseph Murray Ince RA, a Victorian artist from Presteigne in Wales, who studied under David Cox and went on painting expeditions with his lifelong friend John Scarlett Davis. Joseph’s works can be seen at The Tate, The Victoria and Albert, The Fitzwilliam in Cambridge, Hereford Museum and Art Gallery to name but a few.

Murray has 25 years experience of fine art tuition and leads many painting holidays in Europe and in the UK for HF Holidays and Privately (see painting holidays page). Murray has tutored art courses for the local Further Education College and demonstrates and teaches for art societies and groups. He offers private tuition from his studio in Totland Bay on the Isle of Wight covering many mediums and genres in fine art and crafts on a one to one basis. Murray is a Professional Associate for the SAA and has been featured demonstrating on their TV programme ‘A Splash of Paint’, has demonstrated at the SAA’s live shows, written articles for the ‘Paint’ and ‘Leisure Painter’ magazines and is a Winsor and Newton featured artist.